This is pretty much the most outrageous thing I've seen yet in my days as a reborn artist, and I began doing this in 2002. I remember back years ago, one artist tried to claim she inventing reborning, and she was considered a laughingstock soon enough. Lots of people thought of doing what we called "reborning" at various times over the years starting as early as 1939 according to Wikipedia.

Now, we have one Amy D. Wilson, with the effrontery to file for a trademark on the words "reborn baby doll". She is harassing people on eBay for using that term. She is systematically using the VeRO system (and whatever they use on Etsy) to shut down all auctions in which the word reborn is used.

You DO know that many reborn artists work all year long getting their dolls ready for the Christmas season, right? She chose this month to suddenly appear on the scene and begin taking away reborn artist's livelihood. In the name of "protecting my trademark...it's not personal or anything....."

Yeah, legally right now, she CAN do that.

Those are commonly used descriptives. It is illegal to attempt to trademark commonly used descriptive terms. But here, we have a case where using a third party trademarking company with their internet attorney, DID NOT perform due diligence in examing the claim that nobody had ever used the words Reborn Baby Doll previous to June of 2015. Had that slacker of an attorney done one simple Google search, she would have seen the evidence in thousands and thousands of hits and images that in fact, the words "reborn baby doll" have been in use since the late 1990s.

"So, what do we do now?" you might ask yourself.

GOOD NEWS! A team has formed, including Bobbi Barfoot, Debra Jadick and myself and an attorney, and with legal counsel from several sources, we are working hard to overturn the fraudulently obtained trademark.

There is an online petition you can sign to make your voice heard.

And we have a GoFundMe account to which you may donate to cover legal costs.

It might be as simple as using the appeal process afforded by the US Patent & Trademark Office, or it might turn into a long drawn out legal battle, Federal Court in Washington, DC and all. We hope and pray that the path of least resistance will be the result.

That said, if you would like to follow along step by step, there is a Facebook page devoted to this fight, titled "Exposing "The Original Reborn Baby Doll"  (by the way, yes she owns a second trademark by that name. The joke there being she has been "reborning" for less than 2 years by my account and we can only find 4 dolls she's ever sold! "The Original" my eyeballs...). 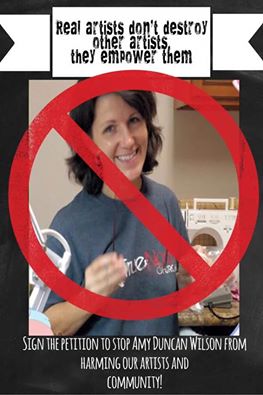 I hope you will join the fight. As Edmund Burke once said, "The only thing necessary for the triumph of evil is for good men to do nothing.” 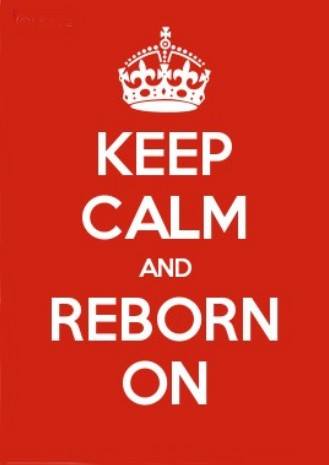